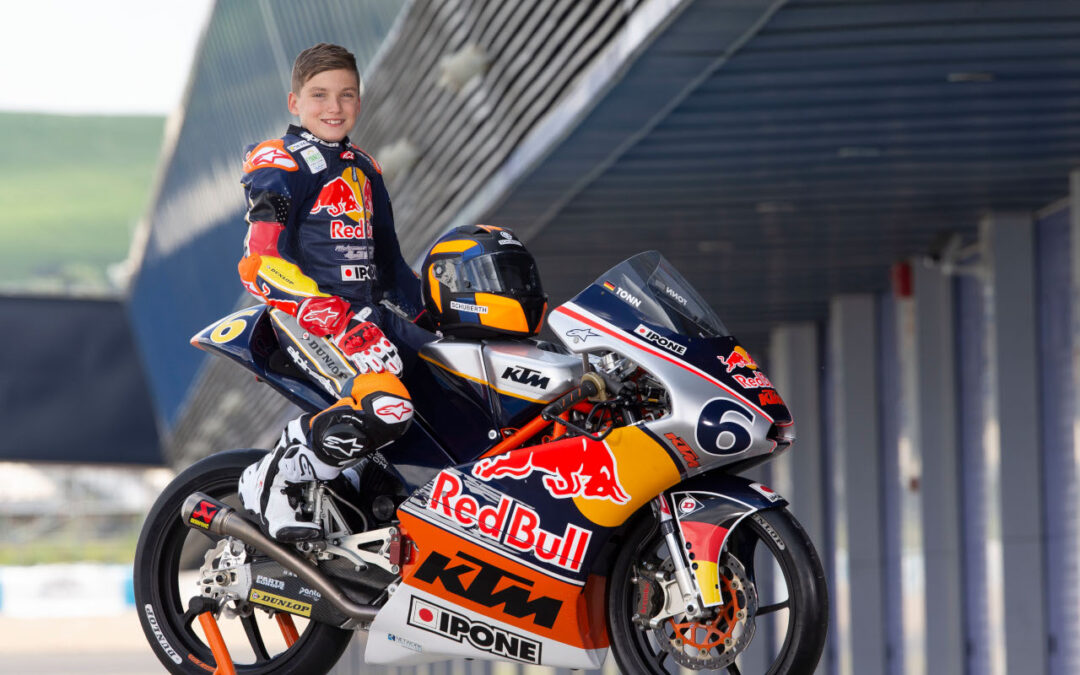 Although he only scored 14 points in his first season, and ended up 22nd in the overall standings, 14-year-old Phillip Tonn has secured crucial support to start as a Red Bull rookie in 2020.

More than a hundred young talents from 38 countries came to Guadix in the middle of October for the Red Bull MotoGP Selection Event. These three days very well could be the first steps towards becoming a MotoGP rider, much like those taken by supporting class world champions like Brad Binder, Jorge Martín and Joan Mir.  Several German riders, Jorke Erwig, Lennox Lehmann, Max Muckle, Noel Willemsen and Luca Göttlicher were invited as well. But unfortunately it became clear after three days of assessment, that Phillip Tonn would remain as the only German in the Red Bull rookies as none of the new talents made it to the last eleven riders. Phillip Tonn got the news after the last race that he will be supported again next year. The young German talent started with Motocross in 2013, switched to pocket bikes two years later and became German champion in 2015. He won the championship again the following year, but this time with a minibike.

“I was not so excited at the beginning of the announcement, but when I heard who wasn’t making the cut, I got a bit nervous.  Now I’m really happy, as I got to know the circuits so I can attack properly next year. “